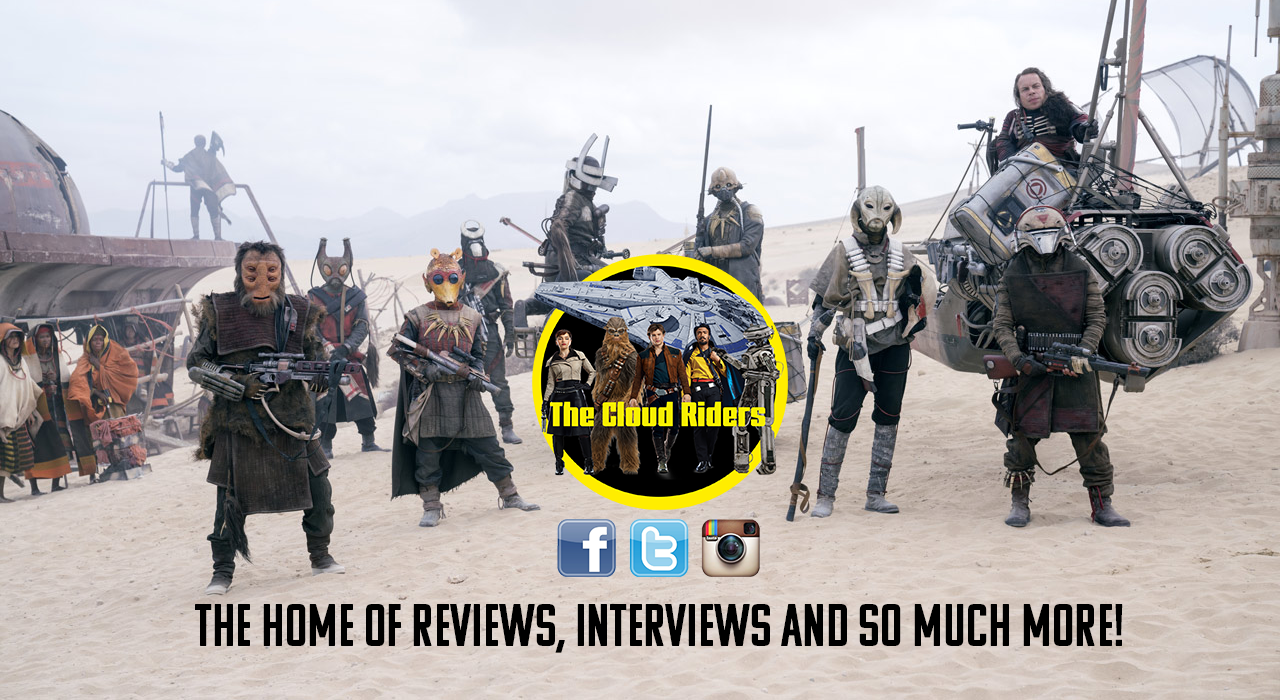 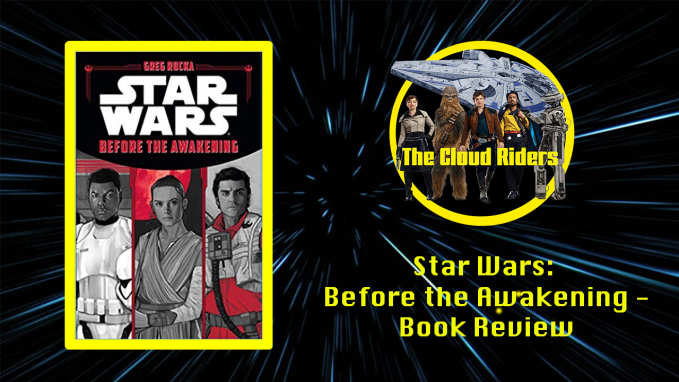 Before the Awakening is one of the many books released in preparation for the release of The Force Awakens back in 2015; It provides a glimpse in to where Rey, Finn and Poe are building up to the events of the film whilst also providing information about the state of the galaxy as a whole.

The three stories are separate from eachother and focuses on a specific attribute of each character; Finn’s an empathetic person which makes him stand out amongst the other Stormtroopers in the First Order, but not for good reasons. Rey’s resourceful approach to life on Jakku has her battling her desire to locate her parents; and Poe is losing his patience with the New Republics’ unwillingness to fight.

In terms of delving in to the current state of the Star Wars universe, Poe’s story is the most essential. It explores how the Resistance is a small branch if the New Republic barely tolerated by the senate who made a peace treaty with the First Order. Poe’s section also has some great action sequences, in particular a space battle towards the end which showcases how fast paced X-Wing’s are in combat.

Rey’s story does a great job of fleshing out the desert planet of Jakku; readers are able to find out a bit more about the Teedo’s, the native species of Jakku as well as delving into Rey’s life before the events of The Force Awakens. Rey spends the majority of her time scavenging for scraps that she can trade to Unkar Plutt in exchange for food and drink, the remainder of her time is spent playing with flight simulators creating challenges for herself when she got bored, including performing tricky manoeuvres in a half-broken ship in atmosphere.

Finn’s story was my personal favourite of the three and finishes moments before the start of The Force Awakens. His decision to go from First Order soldier to Resistance Fighter was critical, and after reading his story it becomes clear as to why he decided to do it. Finn is an empathetic person, who looks out for his team mates and helps them in times of need, but this is not what the First Order is about. The Imperial training explored throughout Finn’s story is very similar to the Imperial training shown in both the animated series Rebels and its novel series Servants of the Empire.

Before the Awakening is the perfect companion for The Force Awakens as it provides background stories, albeit small ones to the three new additions to the Star Wars saga. If you have questions about The Force Awakens and an interest in reading more about the Star Wars galaxy during this time period in order to better understand the movie, this is where you need to start. I couldn’t recommend this book enough, I loved it!

This site uses Akismet to reduce spam. Learn how your comment data is processed.

There was an error retrieving images from Instagram. An attempt will be remade in a few minutes.